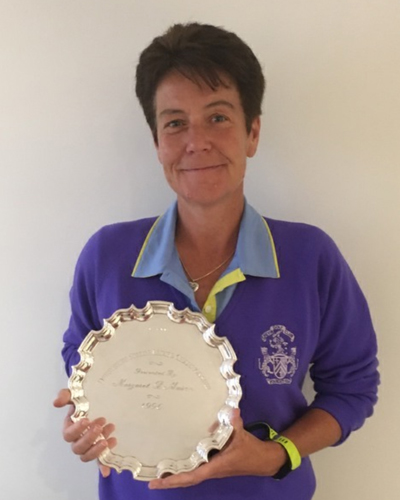 First, she won the Derbyshire Senior Ladies Championship played at Mickleover GC on July 16th. Catrin secured victory playing in her inaugural year as a senior. On collecting the Margaret Mason Salver, Catrin said, ‘ I am delighted to win the Derbyshire Seniors’ title on my first time of trying and am thoroughly enjoying the new lease of life I’ve felt getting into ‘seniors’ golf ‘.

Catrin’s win came after solid performances in the English Senior Women's Amateur Championship at the Hallamshire GC in May, and as a member of the Derbyshire team in the Midland North Region Inter County week at Notts GC. 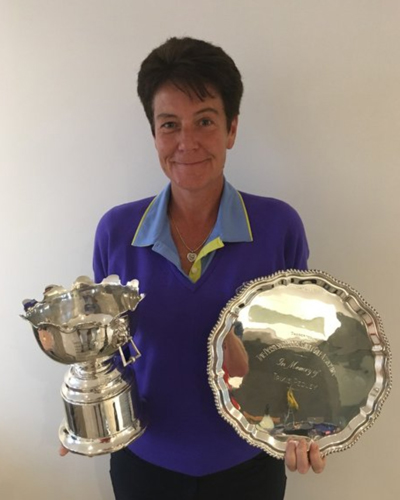 Two weeks later Catrin was again in the winner's circle - this time in the Derbyshire Ladies’ Amateur Championship. Played at Chesterfield GC ( 3-5th August 2018) in glorious sunshine Catrin was the top qualifier after 36 holes of strokeplay, winning the Trixie Pedler Salver. Proving that age is no barrier to success in golf, , she then beat much younger opponents on her way to securing her 5th Derbyshire Ladies’ Amateur Championship. On receiving the trophies Catrin said, ‘ Winning the County Championship just after the County Senior’s title was an unexpected bonus’.

Immediately following her victory, in the Derbyshire Ladies Amateur Championship, Catrin made her way up to Hexham GC as part of the MVLGA team in the Veterans Jamboree (6-9th August).