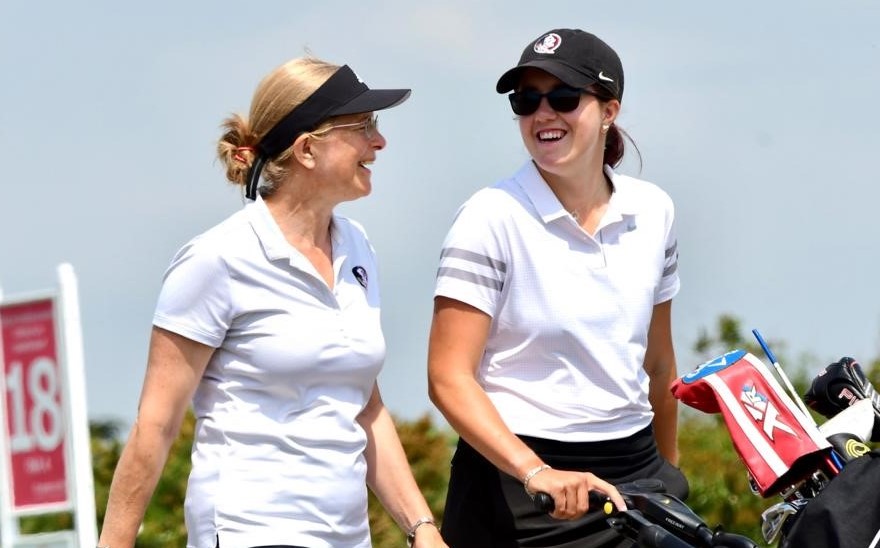 "Team Williamson” took the honours on day one of the English Senior Women’s Stroke Play with daughter and caddie Amelia helping put mum Tracey on top of the leaderboard. Her three-under par score of 71 gave the Sheringham golfer a one-shot lead over Bromborough’s Caroline Berry.

Berry’s round included three birdies and just one bogey – marking her down as a real contender with 36 holes still to play over the next two days at Hayling Golf Club in Hampshire. Irish international Laura Webb, debutant Sally Shayler and Sale’s Catherine Rawthore are a further shot back on one-under par.

For the Williamsons it was a fun day in the sun and relative plain sailing on the south coast. Amelia – a current England women’s squad player and part of the golf team at Florida State University – would have loved to have been out on the links herself. Instead, her role this week is to support mum, cook and clean up at their rented accommodation and reverse roles from what normally happens when she is the player in the thick of the action! “Amelia is definitely head chef this week, “joked Tracey after a round which started with birdies at the opening two holes.