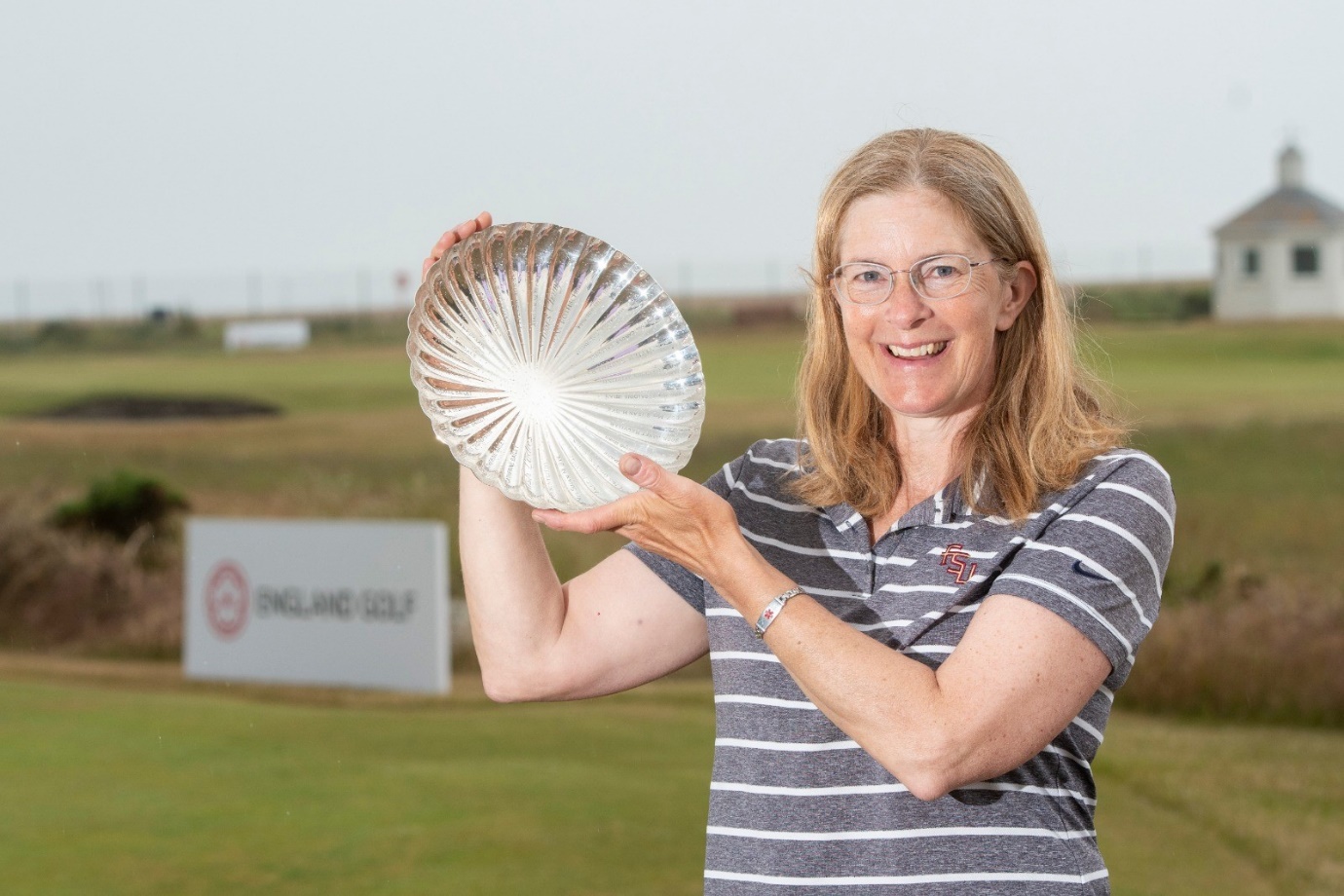 Tracey Williamson held her nerve during a tense closing stretch to claim a wire-to-wire victory in the English Senior Women’s Stroke Play. With daughter and England women’s squad member Amelia on the bag, it was an emotional win for the Norfolk golfer after three previous attempts to land the trophy ended in near misses. Williamson started the final round with a five-shot lead over Ireland’s Laura Webb after rounds of 71 and 72 left her on five-under par through 36 holes.

By the time the leading duo reached the turn at Hayling Island Golf Club, Williamson’s advantage over the two-time British seniors’ champion was still a healthy three shots. But after Williamson found trouble and carded a double bogey seven on the 14th hole, the final pair found themselves locked together on two-under par for the championship. To Williamson’s credit she dug deep to make a brilliant birdie two on the 16th hole while Webb endured the agony of a three-putt bogey.

That two-shot swing proved to be a critical point in what had essentially turned into a match play tie within a stroke play format. After both golfers birdied the 17th hole, Williamson held a two-shot lead playing the last. Both players found trouble off the tee and were forced to take penalty drops, but Williamson was able to steady herself and emerge victorious after a day which became a little more troublesome than she would have liked.

Full results can be found here.