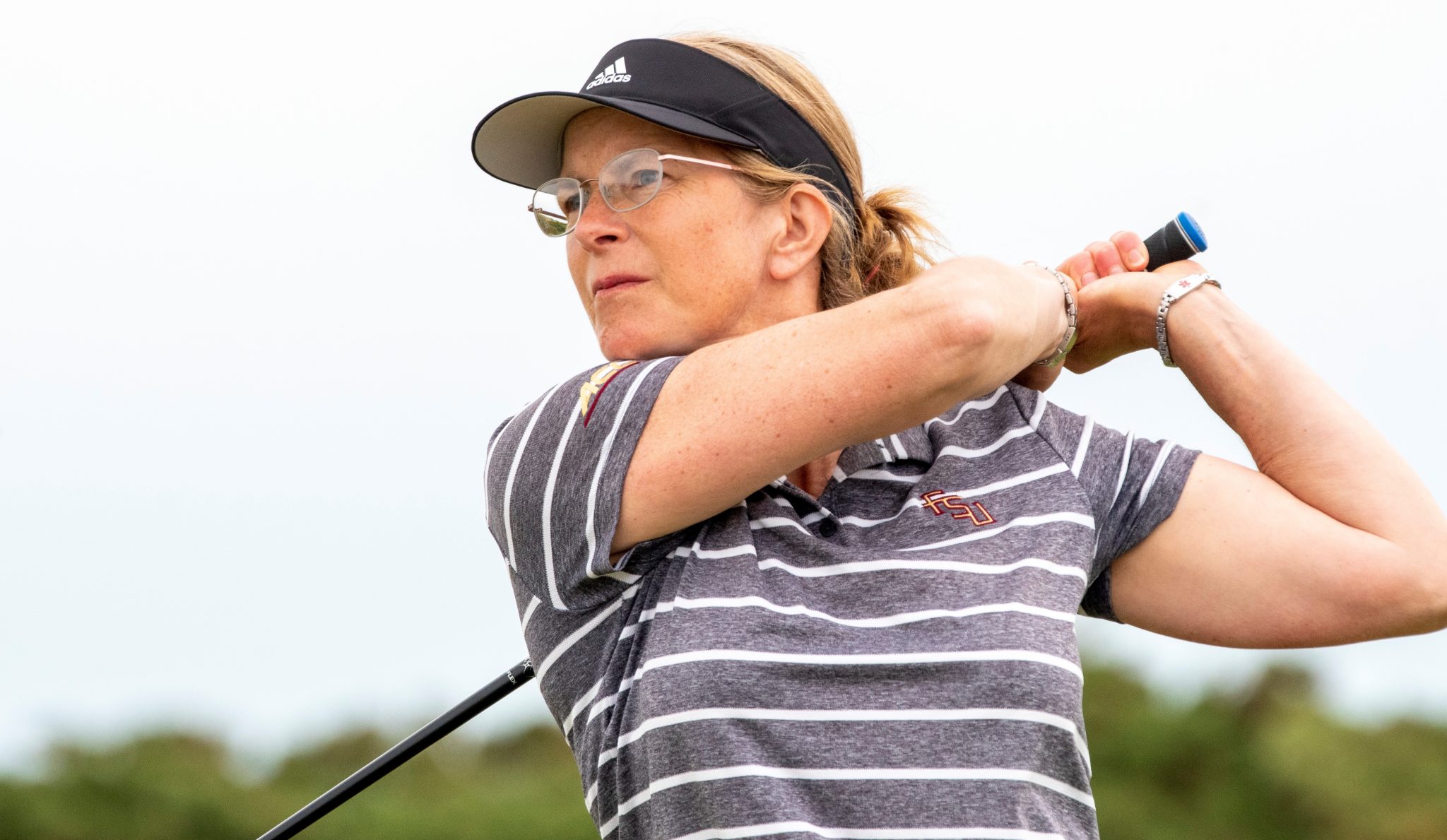 Tracey Williamson’s bid to land a trophy double has got off to a flying start at the 2021 English Senior Women’s Amateur Championship. The Sheringham golfer claimed the English Senior Women’s Stroke Play title at Hayling Island Golf Club earlier this month. After a level par opening round of 72 in the stroke play qualifying of the Amateur Championship at Market Rasen Golf Club, Williamson leads the field again.

Bishop Stortford’s Jackie Foster is her nearest challenger on two-over par with Marcella Tuttle from The Links Golf Club in Newmarket a further shot back. Former champion Catherine Rawthore from Sale is next in line on five over par. On a dull and drizzly day in Lincolnshire, Williamson really got it going after dropping a shot at the second.

A bounce back birdie on the fourth hole was followed by another on the sixth and despite a bogey at the seventh, the Norfolk county player picked it back up at the ninth to turn in 36. Two more birdies on the 13th and 15th holes had Williamson coasting at three-under par, but a tough closing stretch took its toll. Consecutive bogeys from the 16th forced Williamson to settle for a score of level – but she is still comfortably positioned to make the match play stages of the event which is back on the schedule after being cancelled in 2020 due to COVID-19 restrictions. After Tuesday’s second round of stroke play, the top 32 women in the main draw will progress to the knockout stages and contest the Wendy Taylor Salver.

In the over 60’s section of the event, Carol Wild from Notts Ladies holds a one-shot lead over Woodhall Spa’s Andree Burtt. The top 16 players after round two will go through to the match play and contest the Ann Howard Trophy. Yesterday’s first round also proved memorable for Sherwood Forest’s Andrea Stockdale who managed to ace the 136-yard, 18th hole to claim a precious hole-in-one.